Canine atopic dermatitis is one of the most common causes of pet skin problems Jackson, TN. It is caused by hypersensitivity (allergic reaction) to substances in the environment. Dog allergies are generally caused by the allergens found in plants, animal dander, pollen, and insects, but they can also be allergic medication and food. Dogs typically show signs of atopic dermatitis between the ages of 3 months and 6 years; however, it may be so mild during the first year that the symptoms may go unnoticed. 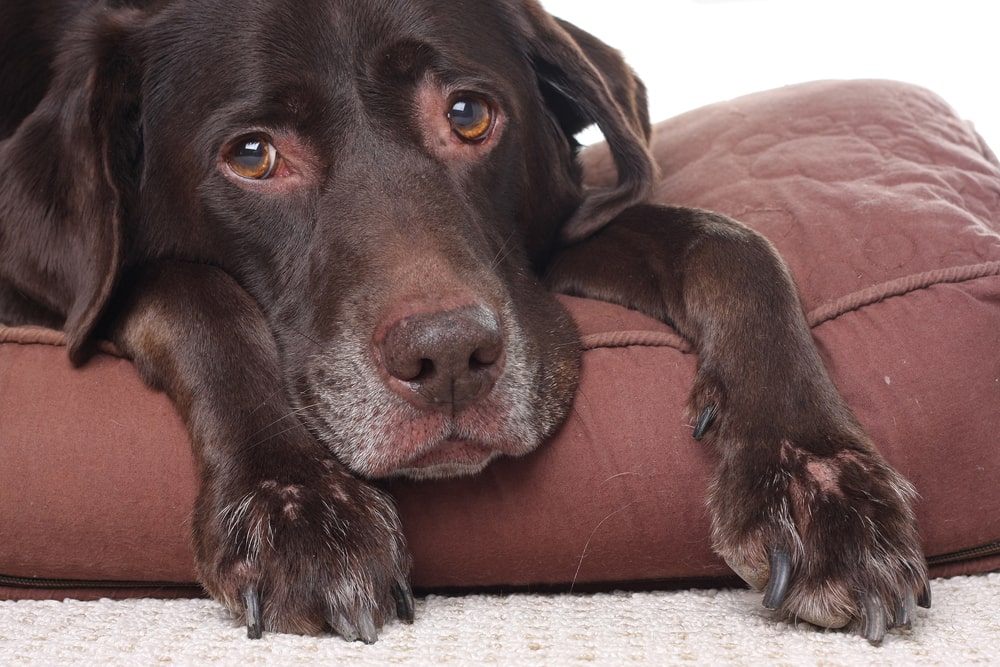 Unfortunately, the symptoms associated with atopic dermatitis generally become worse over time. The symptoms associated with this atopic dermatitis are allergy related, so they become more apparent during certain seasons. The dog skin infections will most commonly affect certain areas of their skin, including the ears, groin, ankles, muzzle, around the eyes and the tips of their paws. Signs and symptoms generally include:

If you suspect your dog has atopic dermatitis, it is recommended that you take them to a pet dermatologist in Jackson TN as soon as possible. The vet will gather the medical history of your dog to help determine the cause of their skin allergies. In some situations, a serologic test may be done, which will help determine exactly what allergens are causing dermatitis.

The treatment for your dog will depend on what is causing their allergic reaction. For example, if the reaction is due to atopy, hyposensitization therapy may be used, which consists of your pet getting injections of the allergens in order to build the immunity. Other treatments may include:

Canine atopic dermatitis rarely goes into remission or resolves itself, but there are several things you can do to reduce the symptoms, such as bathing your dog in cool water with an anti-itch shampoo. Once treatment is started, it is essential that your dog visit the pet dermatologist in Jackson, TN every few weeks to make sure any treatments received are working effectively.

As the itching begins to subside, the visits to the vet will be less frequent. One of the most important things you can do to reduce the effects of atopic dermatitis is to make sure your dog is on a year-round flea control program. Dogs with atopic dermatitis are generally more sensitive to flea bites, so being diligent with flea treatments is critical.

Contact our University Parkway Animal Hospital to schedule an exam for atopic dermatitis and/or to schedule your pet’s flea treatments. You can also call us at (731) 661-0711.

Find us on the map